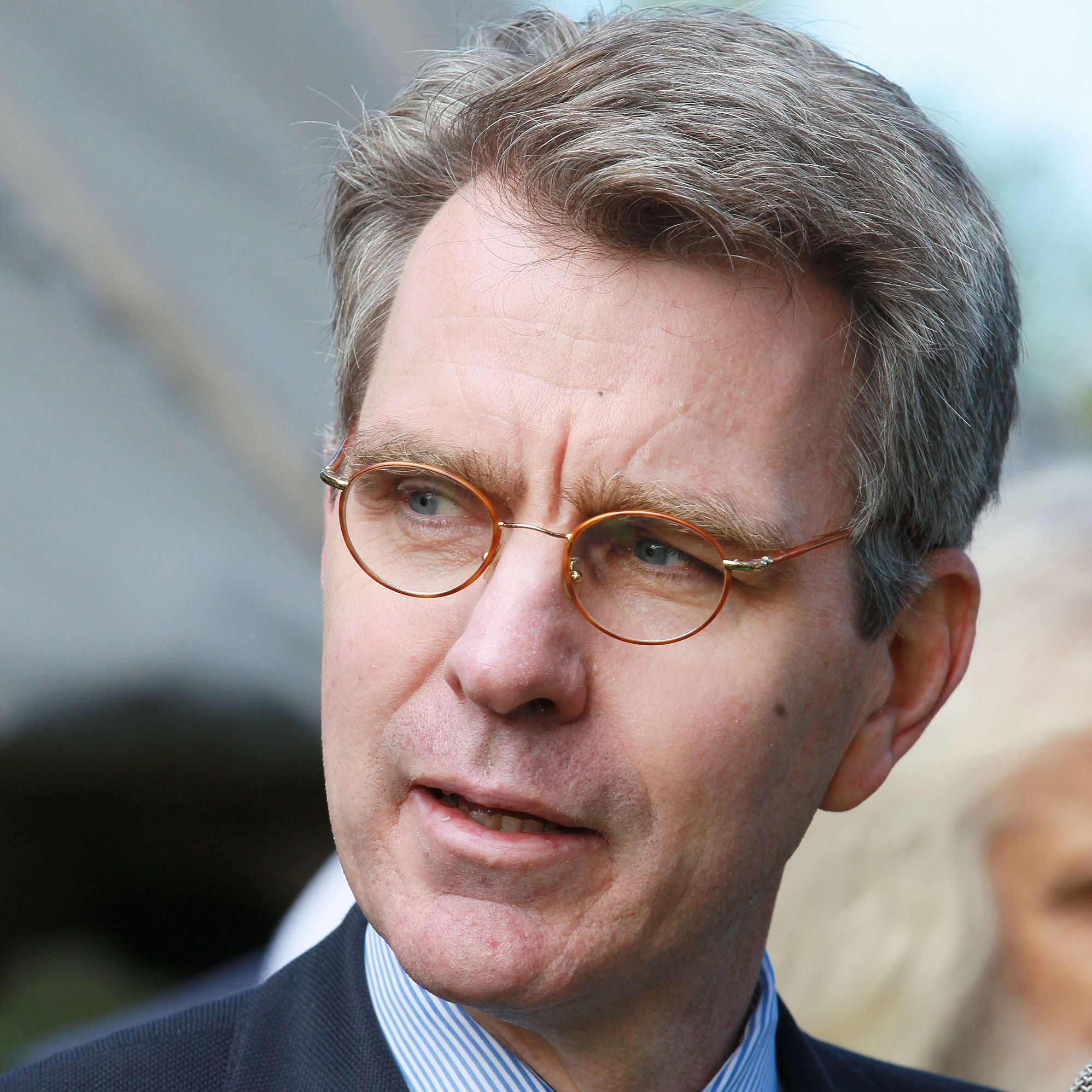 When Geoffrey Pyatt ’85 arrived in Kiev in August 2013, he found himself at the epicenter of one of the world’s most dangerous conflicts since the Cold War.

Ukraine's president, Viktor Yanukovych, was ousted seven months into Pyatt’s term amidst a series of violent protests sparked by the failed leader’s refusal to sign an agreement that would have solidified closer ties with the European Union. Pro-Russian insurgents seized the opportunity created by the political and economic fallout of the revolution, and took control of the Crimea region in eastern Ukraine—a situation that remains quite tenuous.

While the overseas posts are a far cry from his days as an Anteater in the early 80s, the same character traits that serve him well in dealing with foreign diplomats were evident when he was a teaching assistant at his alma mater, says Claudia Keller ’87, who co-chairs the School of Social Sciences Dean’s Leadership Society. The former classmate of Pyatt’s notes that he was “always fair and diplomatic—even then—when imparting tough feedback.”

“He balanced academic rigor with a genuine love of life,” she says. “He was always up for a good conversation on the day’s news, the campus goings-on or classwork, especially if you needed help. His mentorship was a big reason behind my change of major to political science, and I’ve never regretted it.”

When Pyatt left UCI with his undergraduate degree in political science, he went on to earn a master’s degree in international relations at Yale.

He began his career at the Inter-American Dialogue, a Washington-based think tank that tackles issues of social equity and democratic governance in the Western Hemisphere. He then joined the Foreign Service and is going on nearly 30 years in an exceptional career with the U.S. State Department in posts ranging from Asia to Europe to Latin America. His diplomatic service includes Principal Deputy Assistant Secretary of the South and Central Asia Affairs Bureau where he lead the State Department’s newest geographic bureau and helped manage U.S. relations in a region that stretches from Kazakhstan to the Indian Ocean.

He was Deputy Chief of Mission at the U.S. Mission to International Organizations in Vienna where he represented the United States to the International Atomic Energy Agency and other UN technical agencies. He served at the U.S. Embassy in New Delhi, first as Minister Counselor for Political Affairs and then as Deputy Chief of Mission through which he was the chief operating officer for one of the United States’ largest and fastest growing foreign missions.

Prior to his India assignment, Pyatt served at the American Consulate General in Hong Kong, managing the trade and export control dialogue with the Hong Kong Special Administrative Region of China. He also served as Political Officer in New Delhi, India; Economic Officer and Vice-Consul in Tegucigalpa, Honduras; and Principal Officer of the American Consulate in Lahore—representing the United States in Pakistan’s largest and politically most important province.